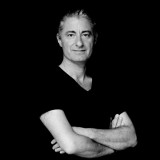 Here in the industrialized West of the 21st Century, most of us are constantly surrounded by the fruits of our increasingly advanced technology, gadgets large and small that just a few generations ago would have had our ancestors goggling with disbelief, if not accusing us of outright witchcraft. But for all the advancement of Western science and technology, there are still huge gaps in our understanding of the universe we live in. Perhaps the greatest of these mysteries is the phenomenon of consciousness itself, without which we would be unable to frame a single question, let alone discover any answers. As it stands, the ‘hard problem’ of consciousness, as it is called by cognitive neuroscientists—namely, how it is that the three-pound lump of matter inside our skulls mediates a subjective, self-aware experience of the world—remains as vexingly unsolved today as it ever has been. Some have begun to suspect that perhaps it is not simply a matter of an answer eluding us, but rather of our persistence in asking the wrong kind of question.

Whatever the case, the phenomenon of human consciousness remains a deep and fundamental mystery, despite all of modern science’s best efforts to unravel it. Yet as powerful as our science most assuredly is, it remains only one method of arriving at the truth, and at this point it seems reasonable to start exploring other paths to it, some of which were dismissed (by the selfsame ancestors who, if they could travel forward in time, would be clamoring to burn a woman at the stake if they saw her using an iPhone) as too ‘primitive’ to be accepted as anything other than superstitious nonsense. Shamanism, for instance, is at its core a method for exploring consciousness, and if we look past the superficial differences, an Amazonian shaman’s description of the invisible landscape of spirits and ghosts can be readily transliterated into a New York psychologist’s conception of unconscious drives and archetypes. Perhaps the difference is really only one of semantics, deriving from vastly different cultural frames of reference. Certainly this is not too implausible an idea to dismiss out of hand.

Shamanism is, furthermore, not the only paradigm of human thought erected on a scaffolding of the unseen; all religions are, of course, in one way or another. Even modern science, a kind of religion in its own right, is rooted in a veritable pantheon of forces and entities that can only be felt and never seen, from gravity to electromagnetism to a fanciful menagerie of subatomic particles, roiling in a quantum sea of equally invisible dark matter and dark energy. All of this is to say that our universe remains stubbornly and profoundly mysterious, no matter the false assurances provided by the labels we contrive for things we do not really understand, and we would do well to remain humble in light of this.

Neither is shamanism alone among religions in its use of a phenomenon that is as superficially simple yet as fundamentally inscrutable as consciousness itself, and that is the phenomenon of sound. More precisely: the effect that sound can have on human states of consciousness. All religions, if not in the present day then inevitably at some point in their history, have made deliberate use of this peculiar property of sound, to elicit worshipful states of exaltation among the devoted; as estranged as the ideologies underpinning Catholicism and Tibetan Buddhism may be, the chanting of its monks serve nearly identical purposes, to cite just two examples. Whether by use of chants, or of drums, of bells, gongs or pipe organs, sound has been employed in religious ceremonies of all kinds since the dawn of human history, and with very good reason, as we shall see.

Psychoacoustics is a field of scientific inquiry still in its infancy, and is an offshoot of acoustics, the branch of modern physics devoted to the study of sound. Its purview is the range of psychological and physiological responses that occur in human beings when exposed to sound, whether music or speech. With the aid of highly sophisticated equipment and theory, it is now beginning to discover principles that have been grasped intuitively in the spiritual practices of so-called ‘primitive’ indigenous cultures for millennia. Look, for example, at the EEG screenshots that graphically illustrate the effect of certain kinds of sound on the patterns of electrical activity within the human brain, as measured by electroencephalography (EEG).