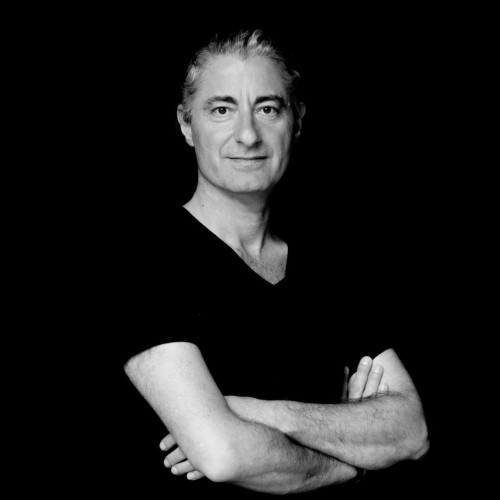 Alexandre Tannous has been active as a musician, educator, composer, and as an ethnomusicologist. He holds a Bachelor of Music with a double major in Music Theory and Composition, and a Master of Arts degree in Music Education from Columbia University Teachers College. As a recipient of the Mellon Fellowship he also earned a Master of Arts and a Master of Philosophy degrees in Ethnomusicology from Columbia University where he was enrolled in the Ph.D. program. He has taught various music courses at the same institution. The works of Alexandre Tannous are frequently performed in the United States, Europe, and in Asia. The World Première performance of his orchestral composition “Métamorphose” under his baton at Carnegie Hall in 1995 received a standing ovation. As a film composer he composed two film-scores: The Seventh Dog (2005), and Jim (2009) www.jimthefilm.com.

As a musician, he has performed a variety of musical styles including classical, jazz, rock, and non-Western music on various instruments. Alexandre is also active as an ethnomusicologist. He has conducted fieldwork for 23 years in over 40 countries around the world. His ethnomusicological research investigates issues of acculturation, community, musical identity in an urban setting, and the concepts of talent, charisma, and leadership in music. He is a sought-after ethnomusicologist/composer consultant on projects in recording studios helping creating awareness in amalgamating various musical cultures.

For the past 19 years he has been researching the therapeutic and esoteric properties of sound from three different perspectives – Western scientific, Eastern philosophical, and shamanic societal beliefs – to gain a deeper understanding of how, and to what extent, sound has been used to affect human consciousness. This search has led him to the intersection where art, science, philosophy, and spirituality intersect. His ethnomusicological approach entails a social scientific study of sound use in several traditional contexts—religious, spiritual, holistic, and cultural—for various purposes and occasions in entertainment, worship, meditation, and rituals of healing and trance. Consequently, his approach in researching, understanding, experiencing, transmitting, and working with sound has always been based on a multidisciplinary approach.

The material he transmits about sound is based on thorough research over many years: observations he made during his fieldwork, scientific studies, personal experiences, and data collected from thousands of people he has worked with doing sound therapy. This has led him to a deeper understanding of how sound reveals and unlocks hidden powers we have within us to promote profound inner changes and healing.

Inspired by his findings, he designed a protocol of an integrated experience he calls “Sound Meditation” in which he shares the findings from his research, raising an awareness to how a specifically designed sound can have the ability to help us to disconnect from habitual patterns while judiciously listening to the specific traditional instruments he plays. He employs a phenomenological approach to study the effects of sound, using a method that empowers the participants to engage actively with tools that enhance their experience, using the consciousness-altering properties of sound to heighten self-awareness, to connect to the higher self, to fine-tune self-observation, and to attain self-realization.

He continues to do research on sound, currently works as a sound therapist, teaches this practice, and lectures about sound.

Quieting the mind To enable participants to disengage their undesirable habitual patterns (emotional, energetic, intellectual, and physical) To empower positive cognitive change Quitting anti-depressants and managing depression Considerable diminishing of anxiety and panic attacks To access and release traumas To bring the self into a state of inner peace and calmness To establish a state END_OF_DOCUMENT_TOKEN_TO_BE_REPLACED

As we grow older, we confuse the map with the territory, and in doing so lose our living connection to the world, retreating ever deeper into Plato’s cave, increasingly encumbered by chains of our own making.

The sound meditation technique employs the use of sound in a highly specific and specialized way, in a manner that can engender profound experiences of healing for the listeners engaged in the meditation.  One might fairly ask, therefore: isn’t this the same as sound healing?  Why call it sound meditation instead?  Indeed, these are fair END_OF_DOCUMENT_TOKEN_TO_BE_REPLACED

Here in the industrialized West of the 21st Century, most of us are constantly surrounded by the fruits of our increasingly advanced technology, gadgets large and small that just a few generations ago would have had our ancestors goggling with disbelief, if not accusing us of outright witchcraft. But for all the advancement of Western END_OF_DOCUMENT_TOKEN_TO_BE_REPLACED

The sound meditation is an integrated practice that combines a shamanic ceremonial setting with an Eastern emphasis on breathing exercises and visualization. Specific musical instruments played during the meditation allow participants to use sound as a therapeutic tool to disconnect from discursive thinking and delve into a transcendental state. The goal is to enable participants END_OF_DOCUMENT_TOKEN_TO_BE_REPLACED

This a recording of my primary Himalayan singing bowl set which consists of 12 bowls that took me many years to acquire, and they are almost entirely antique (dating back to the 15th c.) aside from a couple of contemporary ones. Made of a high quality bronze (an alloy of copper and tin) they are END_OF_DOCUMENT_TOKEN_TO_BE_REPLACED